Retired Associate Professor at the University of Porto and Senior Researcher at the same Faculty. She holds a Ph.D. on Emily Dickinson. Member of the Board of Directors of the Instituto de Literatura Comparada Margarida Losa, where she coordinates the group Intersexualities. She has developed her academic research around Comparative Poetics, Feminist Studies and Queer Studies and, within ILCML, she has coordinated international projects financed by FCT, such as the annotated edition of Novas Cartas Portuguesas (Dom Quixote, 2010), or New Portuguese Letters 40 Years Later, which involved 10 countries and over 60 researchers.
Editor of several academic books, such as Novas Cartas Portuguesas entre Portugal e o Mundo (with Marinela Freitas, Dom Quixote, 2014), or New Portuguese Letters to the World, with Marinela Freitas, Peter Lang, 2015). She is currently preparing a book of essays.
She has written over twenty books, of poetry (such as Minha Senhora de Quê, 1990, Coisas de Partir, 1993, Às Vezes o Paraíso, 1998, Imagens, 2000, Imagias, 2002, A Génese do Amor, 2005, Entre dois rios e outras noites, 2007, Inversos, Poesia 1990-2010, 2010, or Vozes, 2011), theatre (Próspero morreu, 2011), children’s bookss (such as Gaspar, o Dedo Diferente, 1998, A História da Aranha Leopoldina, 2011, A Tempestade, 2012, or Como Tu, 2013), or fiction (Ara, Sextante, 2013). Her most recente books are Escuro (Assírio & Alvim, 2014), E Todavia (Assírio & Alvim, 2015), or 31 Sonetos de William Shakespeare (Relógio D’Água, 2015).
She has translated poets like William Shakespeare, John Updike, (Ponto Último e Outros Poemas, Civilização, 2009), or Emily Dickinson (Duzentos Poemas de Emily Dickinson, posfácio e notas, Relógio D’Água, 2014).
Theatre plays have been staged around her work (O olhar diagonal das coisas, A história da Aranha Leopoldina, Próspero morreu or Amor aos Pedaços).
In 2016, a book of essays on her work will come out by Peter Lang (Power and Beauty in the Poetry of Ana Luísa Amaral, eds. Claire Williams and Teresa Louro).
Her books are published in different countries, such as Spain, Italy, France, Sweden, Holland, Brazil, Colombia, or Venezuela, and soon in Germany and Mexico. Her most recent books abroad are Ara (Iluminuras, São Paulo, 2016) and The Art of Being a Tiger (transl. Margaret Jull Costa / ed. and intr. Paulo de Medeiros), Oxbow Press, 2016.
She was awarded several prizes and distinctions, among which the Correntes d’Escritas/Casino da Póvoa prize, the Grande Prémio da APE (Associação Portuguesa de Escritores), the Giuseppe Acebi Prize, the Prémio António Gedeão, or the Prize PEN of Novel.

Elisabete Marques is a poet and a post-doctoral FCT researcher, working on the relations between literature and cinema at the University of Porto (Margarida Losa Institute of Comparative Literature) and Harvard University. She has co-edited the book Estética e Política entre Artes (Edições 70, 2017), co-organized the seminar Writing and Image (2018) at the University of Lisbon, and curated the cinema programme Cinema and the Other Arts, at Teatro do Campo Alegre, in Porto (2018). She participates regularly in international conferences, has published essays on cinema, literature and intermediality, as well as several poetry books. Elisabete Marques holds a PHD in Comparative Studies from the University of Lisbon, with a dissertation on Maurice Blanchot and Samuel Beckett. 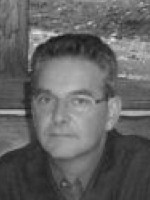 José Eduardo Reis is Associate Professor at the University of Trás-os-Montes e Alto Douro (Portugal) where he currently teaches literary, cultural and translation studies. As a member of the Institute of Comparative Literature in the Faculty of Letters at Porto University, he is a member of the research team on the project Utopia, Food and Future: Utopian Thinking and the Construction of an Inclusive Society. He is the author of around fifty articles on comparative literature themes, and of a master thesis on the influence of Schopenhauer’s philosophy on Jorge Luis Borges’ literary work. He has published at the Gulbenkian academic editions his PHD thesis on Portuguese and British literary utopias On the Spirit of Utopia: utopian and eutopian places – times of prophesy in English and Portuguese literary cultures. He has edited two Portuguese literary “vegetarian utopias” from the early 20th century – Irmânia by Ângelo Jorge and Redenção by Amilcar de Sousa, and is co-editor of Nowhere – Somewhere, a book on the theory and history of utopianism. He is also a reviewer for American Journal of Utopian Studies and a member of the board of the Portuguese and French academic jounals Letras Vivas, Nova Águia, Cultura entre Culturas, Atlante.

Lígia Bernardino studied literature at the Faculty of Arts and Humanities of the University of Porto, where she concluded her PhD in 2014 with a thesis entitled Liminalities of the Human. A Study on Jorge de Sena, Maria Gabriela Llansol e Gonçalo M. Tavares. Since then, and apart from her activity as a teacher and translator, she has published a number of articles and essays in several national and international journals of literature. The questioning of the human factor in the present world is at the core of her investigation. Such an approach has also enabled her to take part in the publishing and writing of entries included in the digital platform Europe Facing Europe, a project within the Institute for Comparative Literature Margarida Losa. Therefore, as a literary researcher, her object of study is foremost the representation of the links between humans and nature, as well as technique. The essays published display her investigation work which, focusing on literature, adopts a philosophical and cultural insight about the human as perceived in the twenty-first century, thus questioning the ethical challenges today’s world is facing.

PhD in Compared Literature (2008) and Adjunct Professor of ISCAP/Polytechnic Institute of Porto, where she lectures Technical and Literary Translation (German/English-Portuguese). Her research line has particularly been pointing out to the subject of Self-translation and Double Endowment in writing and painting, as well as the conjunction of theory and artistic creation. She has published several essays and chapters in national and international reviews and books, focusing on an intermedial approach of Identity on European Modernism studied as an embryo of new possibilities in a perceptual repertoire of textual and environmental exegesis, i.e from a transindividual and chinestetic point of view, in interface with global semiotics. 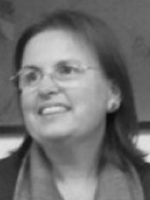 Maria Dulce de Almeida Pinto Soares holds a PhD in Literary, Cultural and Interartistic Studies, specializing in Literature and Culture – Comparative Studies – from the Faculty of Arts of the University of Porto, with a thesis entitled Between voices andmirrors: a look at contemporary Portuguese Travel Literature (2018), showing a significant overview of the current state ofPortuguese Travel Literature. She completed her master’s degree in Comparative Literature and Culture at the same Faculty with the dissertation Gonçalo Cadilhe and the Other Face of the World: overlapping trips (2009). Teacher and researcher, she is a full member of the Inter/Transculturalities group of the Institute for Comparative Culture Margarida Losa, within the framework of its strategic program, subordinated to the cross-thematic line “Literature and Frontiers of Knowledge: Politics of Inclusion”, its main areas of interest being Comparative Literature, Travel Literature and Interartistic Studies. She is the author of critical studies in these fields, focusing her research on contemporary Portuguese Travel Literature, contemplating a motley mosaic of writers such as Alexandra Lucas Coelho, Gonçalo Cadilhe, Jacinto Lucas Pires, Miguel Sousa Tavares, Pedro Rosa Mendes, Tiago Salazar, among others. She has participated as a speaker in colloquia and in organizing activities within the scope of the group’s strategic project, from an action-research perspective.

Marinela Freitas is a researcher at the Institute for Comparative Literature Margarida Losa (Univ.Porto), where she is preparing a Post-doc on Posthumanism, funded by the Foundation for Science and Technology (FCT). She holds a Ph.D. in Anglo-American Studies from the University of Porto, on the poetry and poetics of Emily Dickinson and Luiza Neto Jorge. She has published in the areas of Comparative Literature, Portuguese and North-American Literatures, Feminist Studies, Queer Theory, and Utopian Studies. She is the author of Emily Dickinson e Luiza Neto Jorge: Quantas Faces? (Afrontamento, 2014; PEN Club Award – Essay 2016), and co-editor of several books, including New Portuguese Letters to the World: International Reception (with Ana Luísa Amaral and Ana Paula Ferreira, Peter Lang, 2015), Novas Cartas Portuguesas Entre Portugal e o Mundo (with Ana Luísa Amaral, D. Quixote, 2014) and Utopia Matters (with Fátima Vieira, Uporto, 2005). She has also collaborated in the Portuguesedictionary of feminist criticism (Dicionário da Crítica Feminista, Afrontamento, 2004) and in the Portuguese annotated edition of New Portuguese Letters (Novas Cartas Portuguesas, 2010, Dom Quixote). She is a member of the transdisciplinary research project “Utopia, Food and the Future: Utopian thinking and the construction of inclusive societies – a contribution from the Humanities”, funded by the FCT. 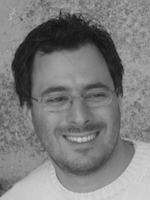 Pedro Eiras is teacher of Portuguese Literature at the University of Porto, Researcher at the Comparative Literature Institute Margarida Losa, Member of the International Research Network LyraCompoetics. Since 2005, he has published several books of essays on portuguese literature of the XXth and XXIst centuries, interartistic studies, and ethics. Among the most recent: […] – Ensaio sobre os Mestres (2017), Platão no Rolls-Royce – Ensaio sobre literatura e técnica (2015), Constelações – Ensaios comparatistas (2013), Os Ícones de Andrei – Quatro diálogos com Tarkovsky (2012). With Esquecer Fausto, he won the Portuguese PEN Club Prize of Essay in 2006.  He currently develops research on the representation and the imaginary of the end of the world. 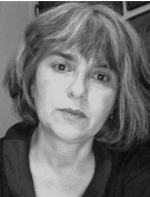 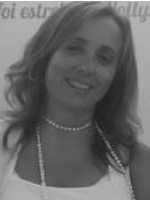