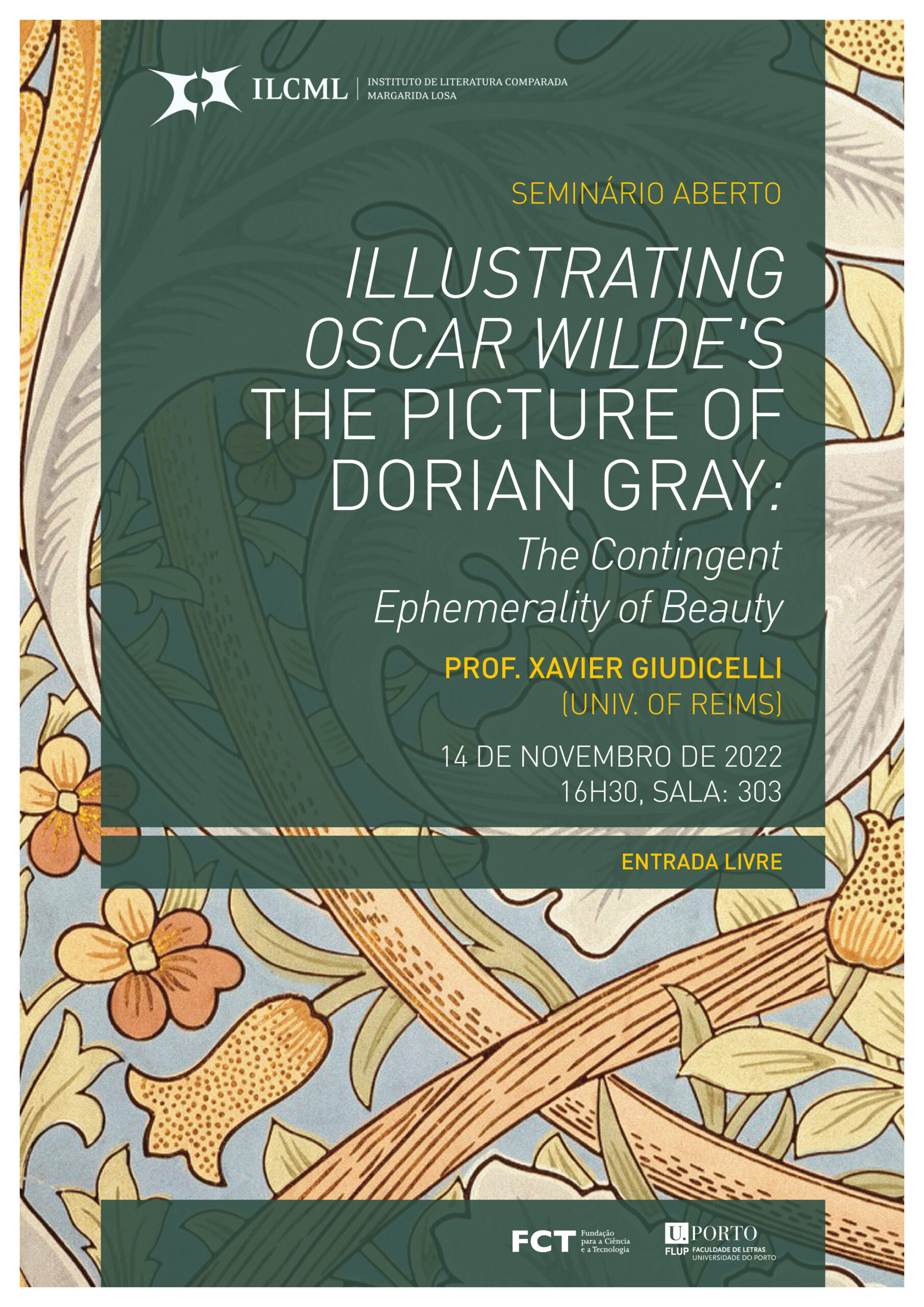 Illustrating Oscar Wilde’s The Picture of Dorian Gray no doubt can seem like a seductive task for an artist, yet such an enterprise also represents a considerable challenge: Because of the centrality of a painting to its thematic concerns, Wilde’s novel would appear to call for illustration. At the same time, Dorian Gray resists attempts to represent its most important elements and sequences in visual terms.

Indeed, the portrait that resides at the centre of the narrative is inscribed in the text more as an absence, or as something about which, paradoxically, not much is said. One of the problems in illustrating this text is that the novel would seem to require artists to represent an imaginary painting, to make visible a portrait that is only alluded to in the text and which, as a result, would appear to exist at the very limits of representation. An illustrator thus finds him or herself placed in the same position as the reader of the novel -that is, invited to fill the central lacuna or empty space of the narrative.

Illustration is thereby endowed with an intensified hermeneutical power basic to the original sense of the word “illustration” – to illuminate or shed light on.

My aim is to offer a selective path through some transpositions of Wilde’s novel from text to image in order to analyse the varying strategies employed by the illustrators in “painting” a portrait of Dorian Gray. I will argue that, going against the grain of an idealized, timeless conception of beauty, the various visual portraits of Dorian Gray discussed corroborate Charles Baudelaire’s idea as developed in his essay “The Painter of Modern Life” (1863) that beauty contains an element of the ephemeral and the contingent: I want to offer a history of the changing conception of beauty in the twentieth century, as well as a reflection on the relationships between image, text and time.

Xavier Giudicelli is an Associate Professor at the English Department of the University of Reims, where he teaches British and American literature as well as translation, a member of CIRLEP (Interdisciplinary Research Centre on Languages and Thought) and currently visiting research fellow at LARCA, Université Paris-Cité (interdisciplinary research unit in English-speaking cultures). His research interests include Oscar Wilde, fin-de-siècle art and literature, word and image studies, as well as questions of rewriting and translation. He authored a monograph entitled Portraits of Dorian Gray (Paris: Presses de l’Université Paris-Sorbonne, 2016), which proposes an analysis of the illustrated editions of Oscar Wilde’s The Picture of Dorian Gray. He co-edited a collection of essays on Wilde’s play The Importance of Being Earnest in 2014 and edited an issue of Études anglaises on Wilde and the arts in 2016. He has also published essays on British writers E.M. Forster and Alan Hollinghurst and, very recently, a translation into French of Tom Stoppard’s 1997 play The Invention of Love.