“Literature and the construction of Europe” Sessions 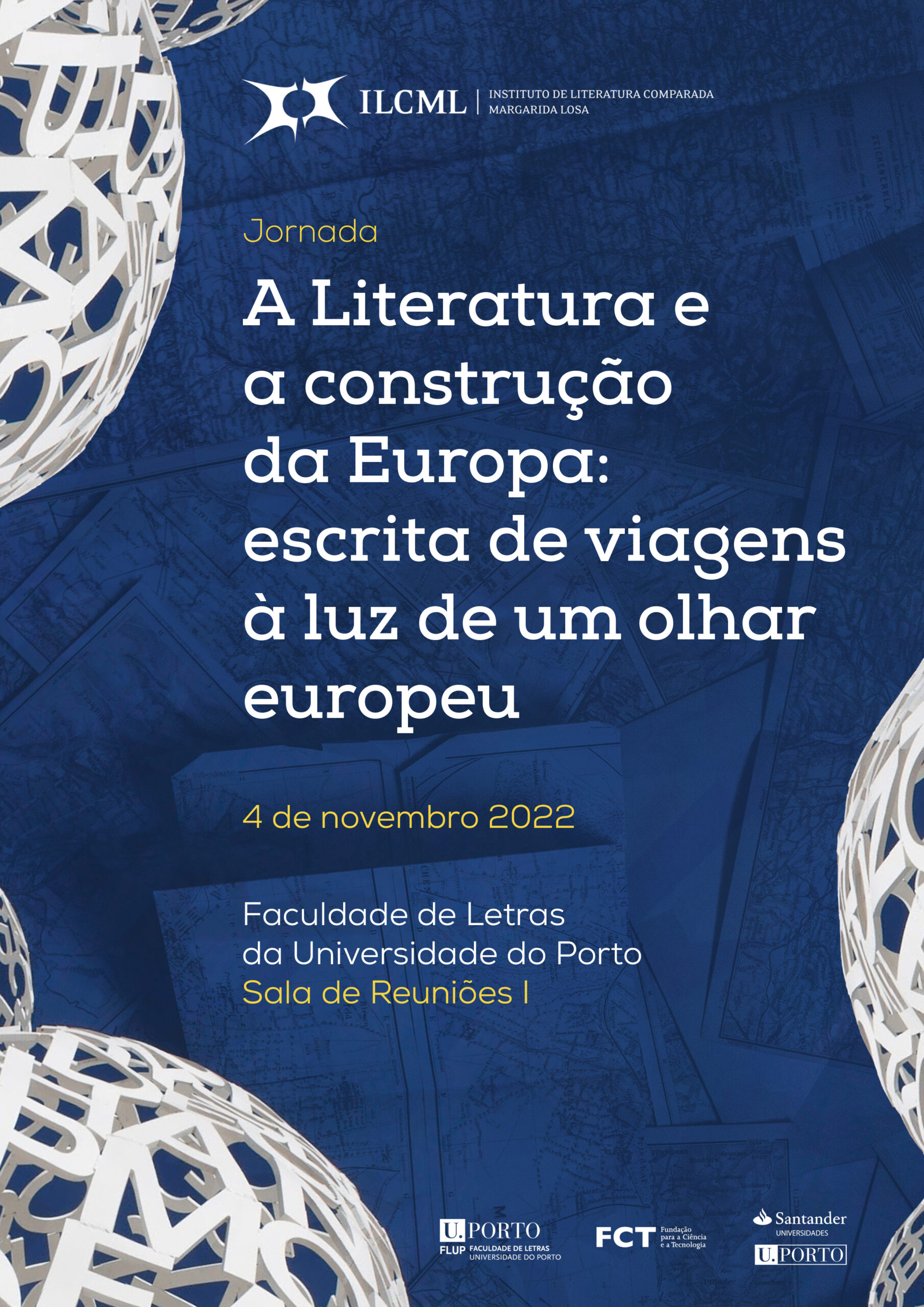 The “Literature and the construction of Europe: travel writing in the light of a European perspective” Sessions are scheduled for November 4th, taking place in the Meeting Room 1 of the Faculty of Arts and Humanities of the University of Porto.

The event is free and the program can be consulted here.

“At a time when the European order, which with all its frailties managed to ensure a long period of peace, gave way to chaos and war, it is urgent to rethink the history and identities of a continent that, as a geographical space, reveals itself to be delimited by well-defined external borders, but whose internal borders (geopolitical, socio-cultural and identity) are far from stabilizing. Literature, in all its versatility, soon appropriated the idea of ​​Europe, from the Atlantic to the Urals, from Lapland to the Mediterranean, and travel, not only within the European space, was also in the sights of writers from an early age. (Remember, for example, the Odyssey and other epics, texts about the Crusades or the Discoveries). In the words of Ottmar Ette, travel literature, which until the second half of the 19th century was considered only in its documentary and/or sociocultural aspects, is today one of the literary forms that best reflect the problems of European modernity, as well as the experiences, projections, anxieties and challenges of transculturality (Ette 2019). It is not by chance that the aforementioned author underlines the concept of a “frictional literature” (Ette 2003) that per se bets on the convergence between reality and fiction, resulting from gazes that rest on a physical and human geography, embodied in the displacements through the texts. of a variegated mosaic of authors.

However, we want to focus our attention on the periods starting from the Grand Tour, from the end of the 17th century, when, moved by curiosity and educational and cultural expectations, aristocrats and wealthy bourgeois, initially from England, but soon after all over Europe, began their trips abroad. Let us think, for example, of Goethe and his trip to Italy, passing through Switzerland, or Laurence Stern on his tour of Italy and France, or even of Tobias Smollet in the same places, thus contributing to the affirmation of a type of narrative. based on a travel experience (Blanton 2002).

This is followed by mass tourism aimed at the middle class, which takes its first steps in the second half of the 19th century and to which the Englishman Thomas Cook contributed decisively. It was also the beginning of travel guides, such as the Baedeker in Germany and the Michelin in France, among others. In the 20th century, and despite the two Wars, there was a true massification of tourism and also of texts about the experiences that travel provides.

Nowadays, there are certainly other motivations for travel, first of all, because the immense information made available by digital media, if on the one hand it may seem to mitigate information needs, it also generates, on the other hand, new challenges, interpellations and curiosities. In fact, nothing takes precedence over travellers’ experiences, in their contact with other regions, other cultures, other histories, other languages ​​and other people. In many of these travellers, questions about Europe, European identity and national identities will often arise.

In this journey we propose to analyse: